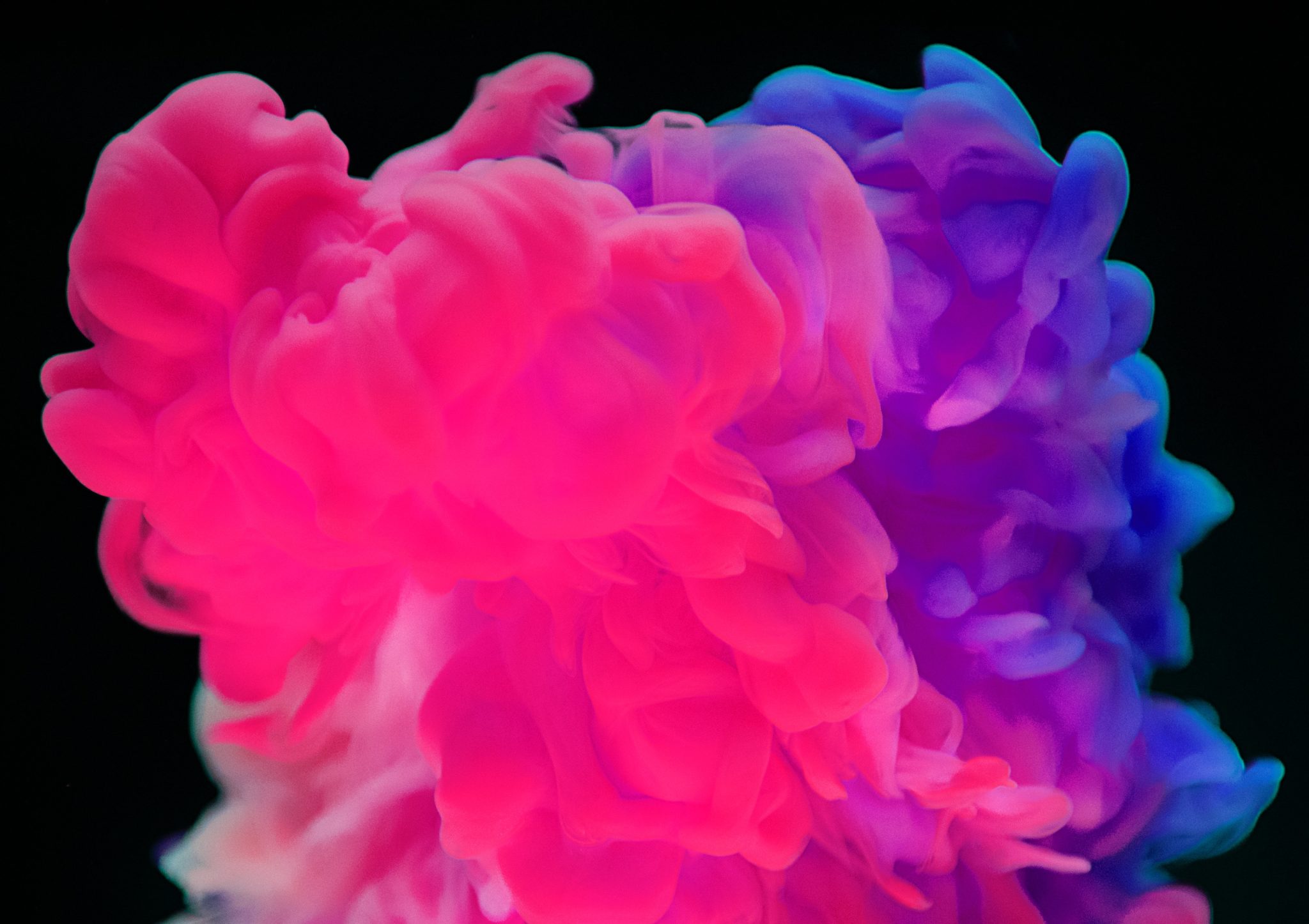 The Pool Butler / October 22, 2021 / Comments Off on Phosphate Remover Fact and Fiction

If you have spent any time on swimming pool blogs or talked to anyone at a swimming pool store or just chatted with other swimming pool owners, chances are you’ve heard about phosphates. The truth is that there is a raging debate around phosphates. Are phosphates necessarily a problem in your pool water? How much is too much? Do you need to be using phosphate remover? It’s a deceptively complicated question, with lots of questionable information out there. So we’re here to separate out some phosphate remover fact and fiction. But to do that, we first need to talk about phosphates and why people worry about them at all. 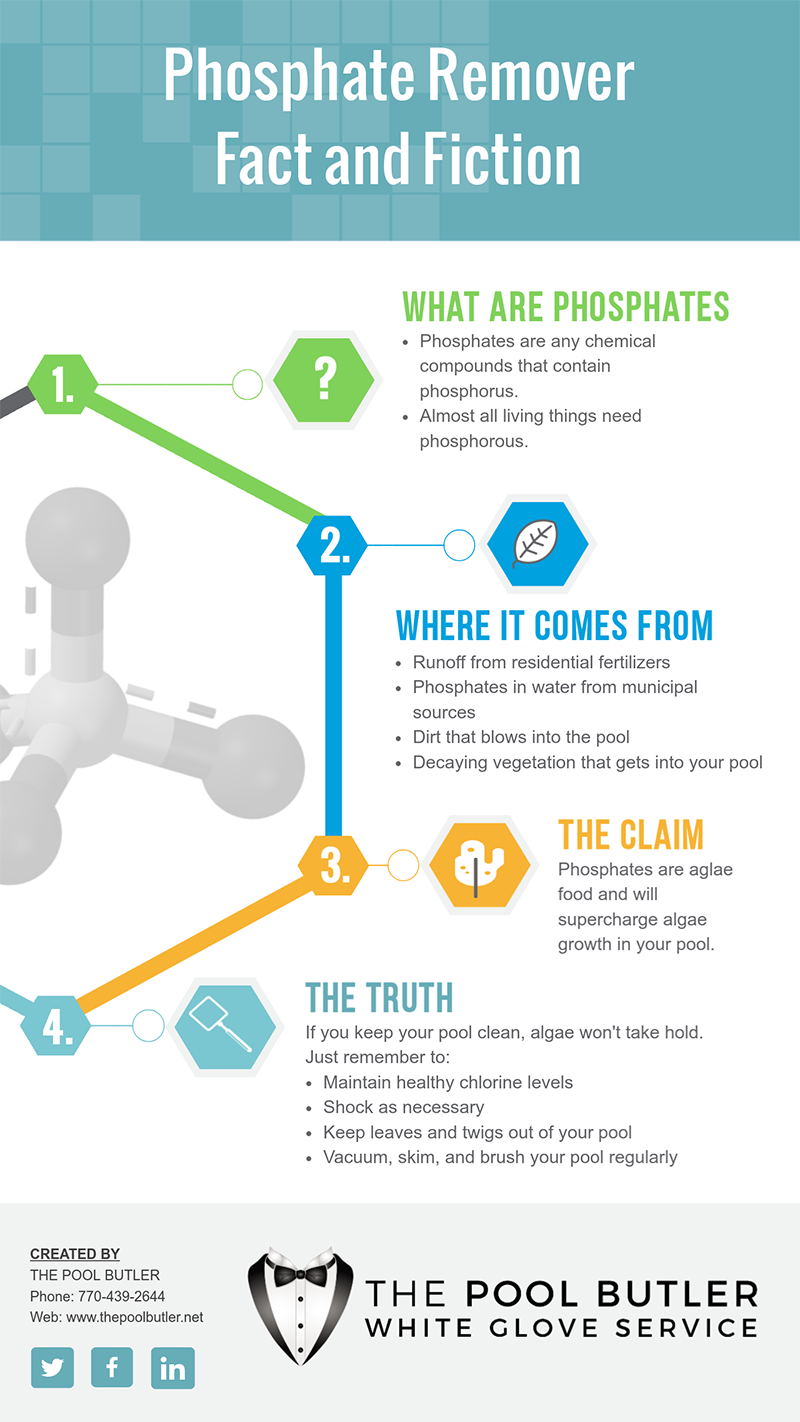 It All Started With Soap

Simply put, phosphates are any chemical compounds that contain phosphorus. There are many applications of various phosphates that have developed over the years. The first mass-produced phosphate was sodium tripolyphosphate (TSPP). To understand the importance of TSPP, we need to take a step back into history. Specifically, the history of soap.

Humans have been doing laundry for thousands of years. One of the earliest methods of clothes laundering, still in use in some places, was to wet clothes in a river or other body of water and then beat them with rocks to remove dirt and stains. While this was somewhat effective, it was very labor intensive and not that good for the longevity of the clothing. Naturally, people sought out ways to improve the efficiency of laundering clothes. From quite early on, people started using soaps to help remove stains from clothing. For centuries, soaps were made with animal and plant oils.

The big breakthrough in soap production didn’t occur until the mid-twentieth century. During the period during and just after World War II, the fats and oils traditionally used in soap were in high demand. The result was a spike in prices that made it hard to produce soaps on an industrial scale at a reasonable price. So scientists began to look for synthetic alternatives.

As scientists searched for a good synthetic alternative to fat and oil-based soaps, they came across a compound that was especially good at softening hard water and removing tough stains. What they developed was sodium tripolyphosphate (TSPP). It quickly became one of the main ingredients in laundry detergent and was produced and used on a massive scale.

All was well until the mid-1960s. As TSPP use ballooned, humans were dumping huge amounts of phosphates into the water system. All that TSPP-containing detergent was flushed down drains and out to water treatment plants. But it turns out that TSPP is really hard to remove from wastewater, so much of it remained in the water even as it was returned to natural bodies of water. By the mid-1960s, TSPP levels in rivers and lakes were causing a huge problem: algae overload.

Phosphorus is a key nutrient required by almost all living things. But it turns out that it is an excellent food for algae. As TSPP levels spikes, algae bloomed in bodies of water all over the country. The algae sucked up oxygen from the water and blocked sunlight, killing off all sorts of marine life. It was also hard to remove from the water. Algae gunked up water treatment facilities and required extra filtering before clean water could be sent into homes, businesses, and industry.

The association between high phosphate levels and algae is what set off the debate about phosphates in pool water. We’ll talk about that more in a little bit, so keep reading.

Phosphates Are Banned (Sort Of)

As the algae bloomed in natural bodies of water all over the U.S. and the world, governments began to take notice. Before long, most TSPP in soaps and detergents were heavily regulated. Today, TSPP use in soaps is banned in many places. But that didn’t put an end to the algae scourge.

Remember that almost all living things need phosphorus? Well, that’s true of agricultural products, too. Even as TSPP was being banned for use in soaps, the use of phosphorus-based fertilizers was booming. Today, millions of farmers use phosphorus fertilizers to boost production. When it rains, or as farms are irrigated, runoff water carries the phosphorus to rivers and lakes, causing fresh algae blooms. Today, the debate is raging about the merits and problems of phosphorus fertilizers, pitting farmers against environmentalists all over the world.

If your pool is anything like all those rivers and lakes, it would seem that too much phosphorus would be an open invitation to algae. So along comes phosphate remover, a solution to all your algae problems. But here’s where we start having to separate phosphate remover fact and fiction.

What Effect Do Phosphates Have on Your Pool

What really keeps algae out of your pool is not removing phosphates. Instead, basic pool maintenance should suffice. If you use chlorine on a regular basis, shock your pool from time to time, and use a little algaecide, your pool should be clear of algae. Regular pool cleaning is also a good way to prevent algae growth. Keeping leaves and twigs out of your pool, vacuuming, and skimming will remove a lot of algae food. Brushing the sides and floor of your pool every time you clean will help knock off any algae and let your chlorine do the work of killing it off.

But I Read That I NEED Phosphate Remover

The fact is that you don’t really need phosphate remover. If you want to avoid algae, keep your pool clean and maintain the chemical levels in your pool water. Phosphates on their own are not toxic, but some of the chemicals used to remove them are. The best thing you can do is set up regular pool cleaning from professional like The Pool Butler. We’ll head of algae before it can take hold.

Do algae blooms still happen? Yes. There’s no way to guarantee that you will never have algae problems. But if you do, it is likely not just because of phosphates. Something went wrong, or the cleaning schedule was not maintained. If you do have an algae bloom, contact The Pool Butler. We will assess your problem and do the hard work of getting your pool back to normal.